Mysteries of the Key

Shiloh H. Wendrich has just completed his first novel at the age of 12.

A fantasy tale complete with Wizards, Giants, Grim Reapers, Elves, and heroes, Mysteries of the Key is set in times past yet the heroes face the ongoing struggles of the present, as the foreword suggests:

“This story begins in a time when the days were unfair.

Some might call the days medieval, or even just evil. This
story shows how being a hero isn’t easy – if it was, the story
would be boring.
What makes it hard being a hero? People might think
that it is the enemy that stands in front of you, or the battle
that follows you and the army that out-numbers you. But
the real struggle of being a hero is within you. The fight
is in your own head. If there’s a giant in front of you,
will you let fear defeat you or will you be courageous? If
someone hurts you, will you seek revenge or stay true to
your mission?
In the end, the battle is only against yourself.”

In his own words:

“It has taken me over a year to write this story. I began it when I was eleven, and finished it just before my thirteenth birthday.  At first it was handwritten, and it was originally about Dragons and Wizards.  I was inspired by my outdoor role-playing games – I got some of the ideas from stick-fighting in the wind, and lots of the script from acting the story out with my lego figures.   My favourite character is The Goblin because he is both funny and powerful

… and unpredictable.  I love writing about him. 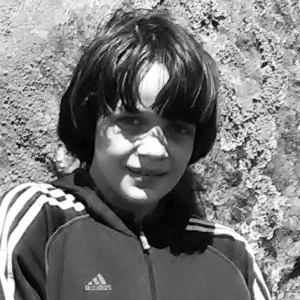 I have always loved to draw and write stories, since I was very young. I have already begun working upon several more books in this series, and also hope to prepare the stories as scripts for screen, as I would love for them to become a film or an animated series.

My mum helped me with the editing and setting it up for print, but the story and illustrations are all my own work.”

The story is aimed at young readers, aged 9 – 14, and is available from the Wendrich artHouse Shop and libraries in the UK.

All proceeds from booksales will help Shiloh in the furtherance of what promises to be an exciting future in the art of storycraft.