ODIN’S MEAD: The Runesong of Yggdrasil

By Harry and Nicola Wendrich

ODIN’S MEAD: The Runesong of Yggdrasil is available to order HERE:

Odin’s Mead is essentially a view of the Futhark Runes and Yggdrasil, received through the words of Odin, the Norns and many inhabitants of Yggdrasil, in meditation by experienced practitioners, Harry and Nicola Wendrich.  The purpose of Odin’s Mead is to show the awareness gained primarily of Odin and Frigg, culminating in a series of Rune Poems – in Odin’s terminology, “Runesong” – generated from both our experiences of the Runes within Midgard and the wisdom spoken by the inhabitants of the Nine Worlds of Yggdrasil.  Nine Mighty Runesongs are employed within an associated divination procedure directed by the Norns, the Rune-cutting formula of Hávamál is expounded, and the nature of the Mead of Poetry elucidated by Odin.  Example meditations are included, with original black and white illustrations.

Scroll down for preview pages. 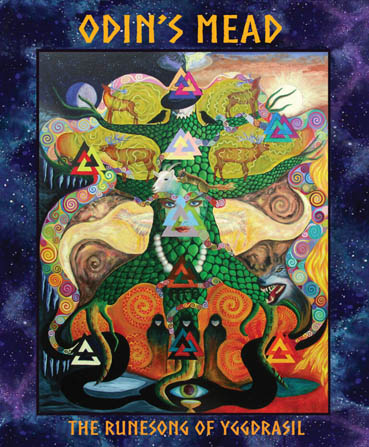 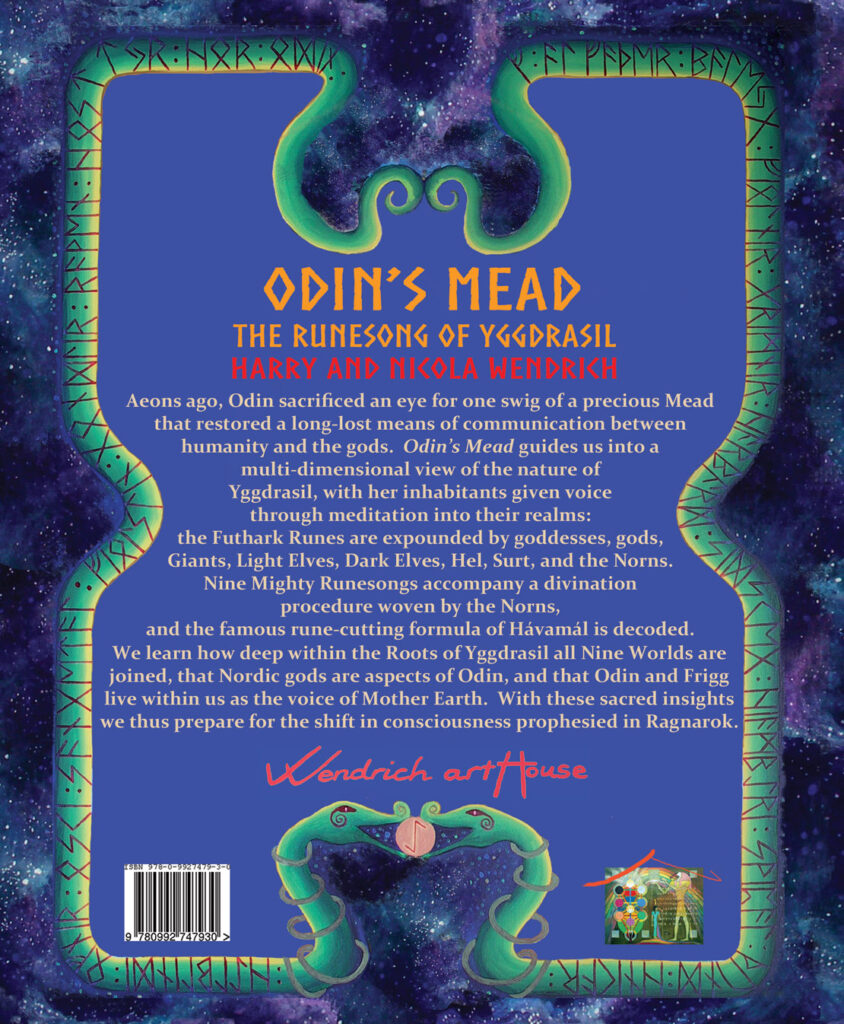 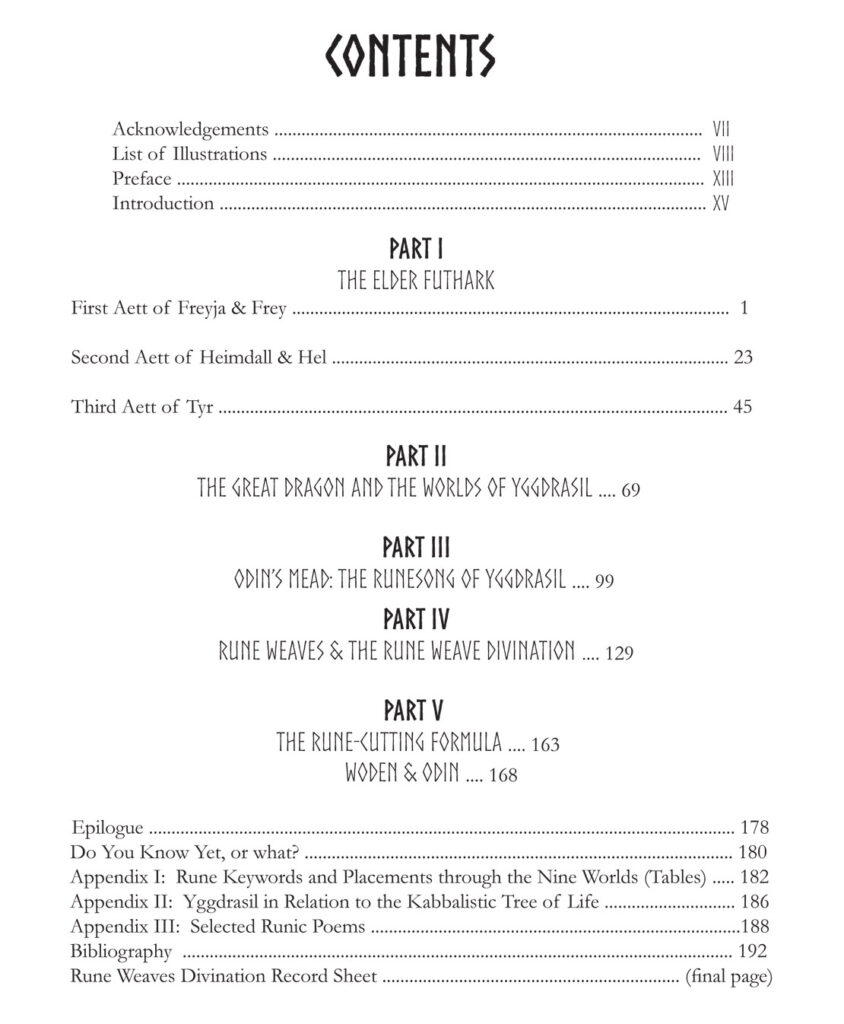 I come from a place of no time. I knew you from the very beginning and I was you from the very beginning: I am your ancestral father, All-Father.
I am your ancestors that dwell within the Earth and within you. The conscious part of the soul holds the memories of the conscious point of the Earth, and that memory is me. I am ancient, and although that ancient knowledge has been with you, it has been completely suppressed. I am the awakening of that ancient knowledge – an understanding of connection to everything, and particularly the Earth itself. In some ways, I am the Earth speaking, through me to you.
Remember, I am in you. Our connection is always: as you are a daughter of the Earth, so I am your father.

Recognise the voice of Mother Earth through me, within you.

The Elder Futhark Runes are an ancient Nordic/Germanic set of symbols used both magically and as a divination tool. Their inscription upon stones of centuries past reveal how our recent ancestors used the runes as an alphabet. However, these sacred symbols were never intended to be captured by the mental realm for use in secular matters. That which we, in lower realms of manifestation, encounter in their symbolic form, have their roots hidden deep within the Divine Light of Creation. Contained within 24 ancient symbols, each representing an aspect of the Creative Force, is a law of governance over the Earth overseen by the cosmic intelligences represented in Norse mythology. Divided into Three Aetts, the runes also reveal a path of return from the material focus of the manifested world towards the spiritual vision of the Source. 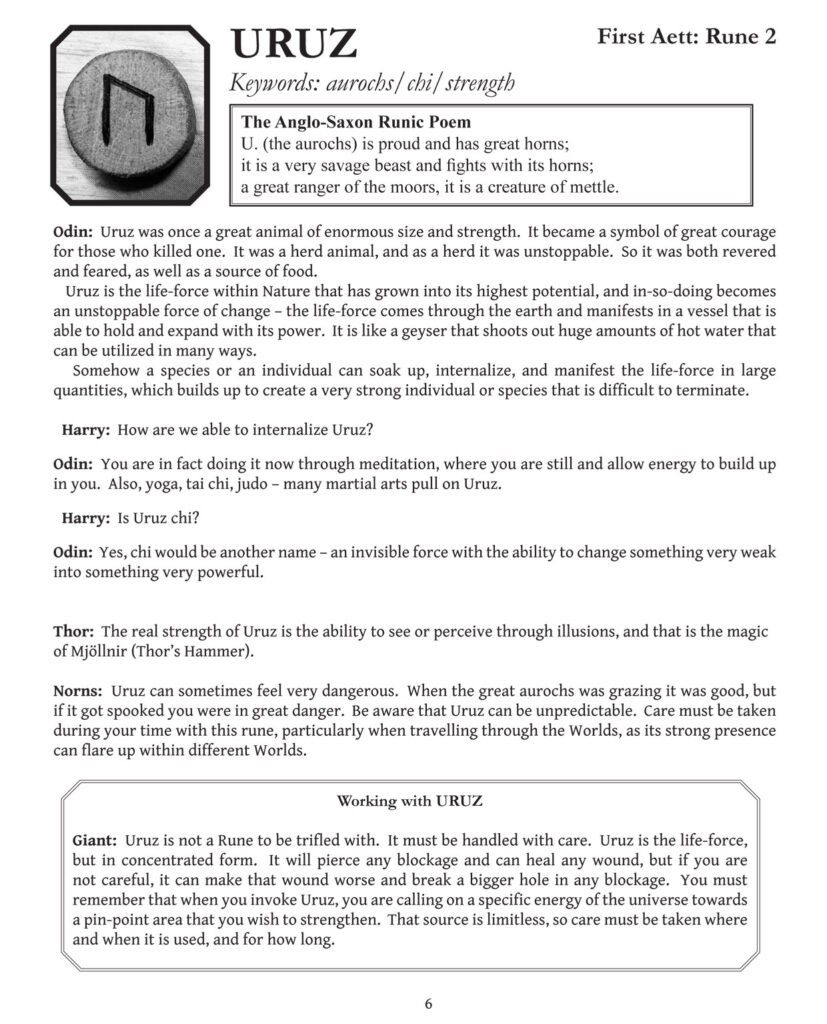 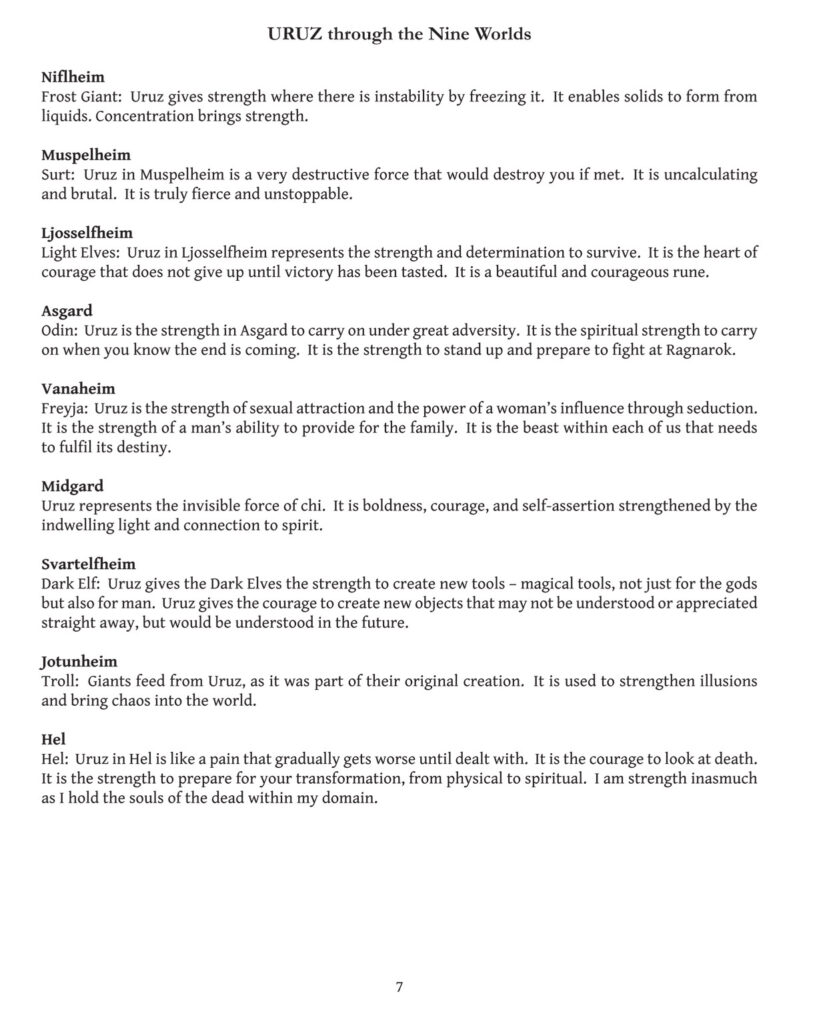 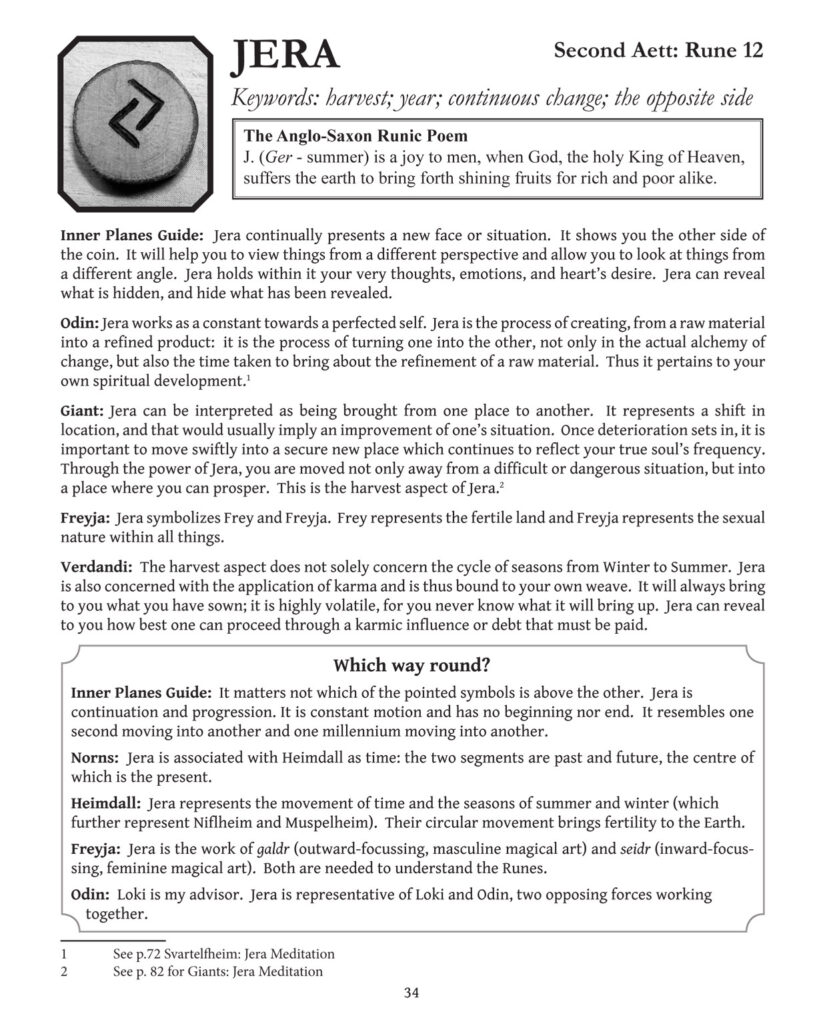 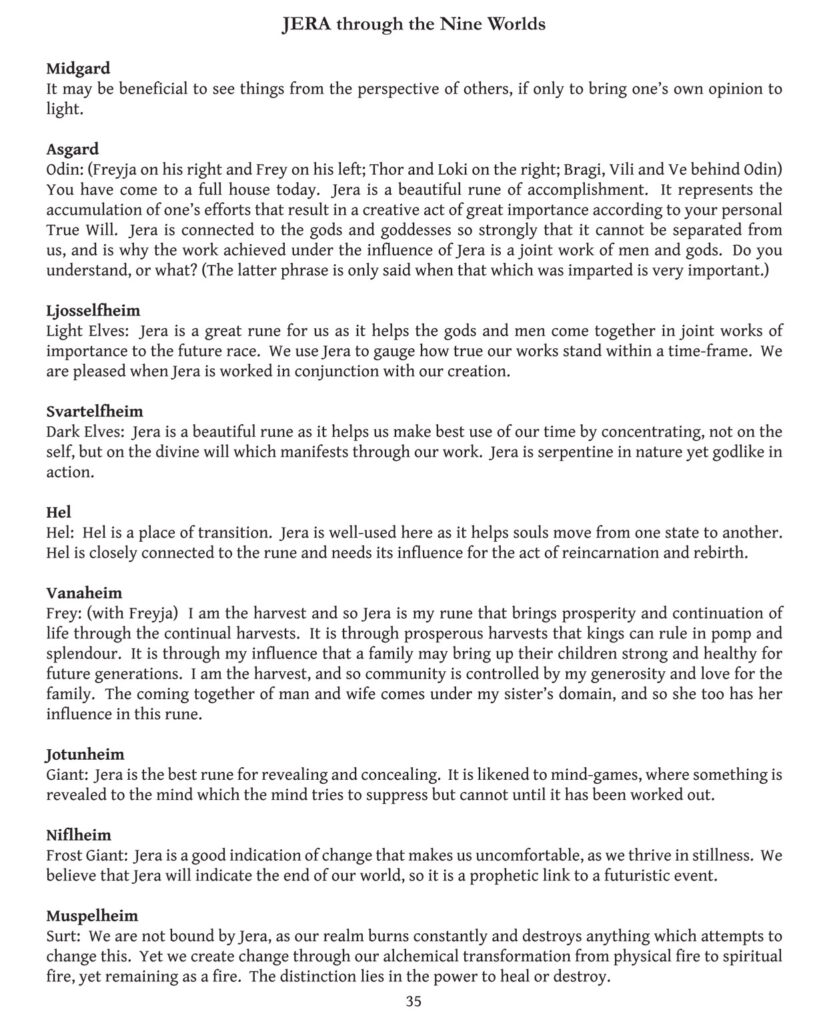 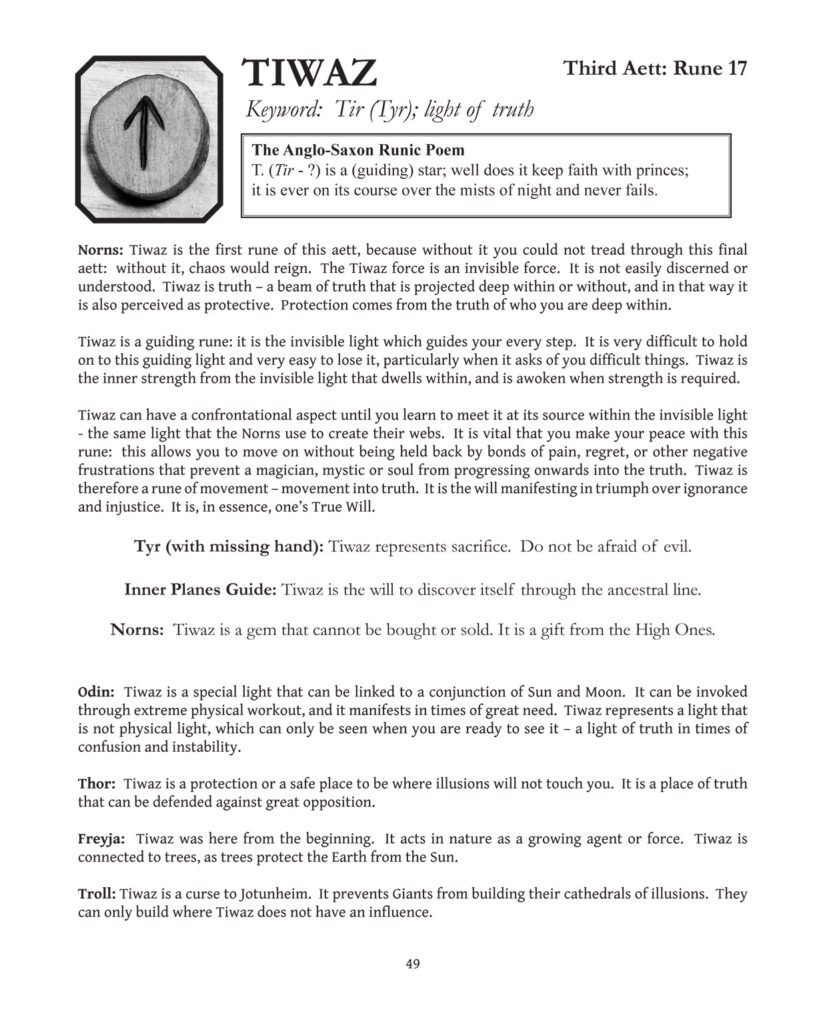 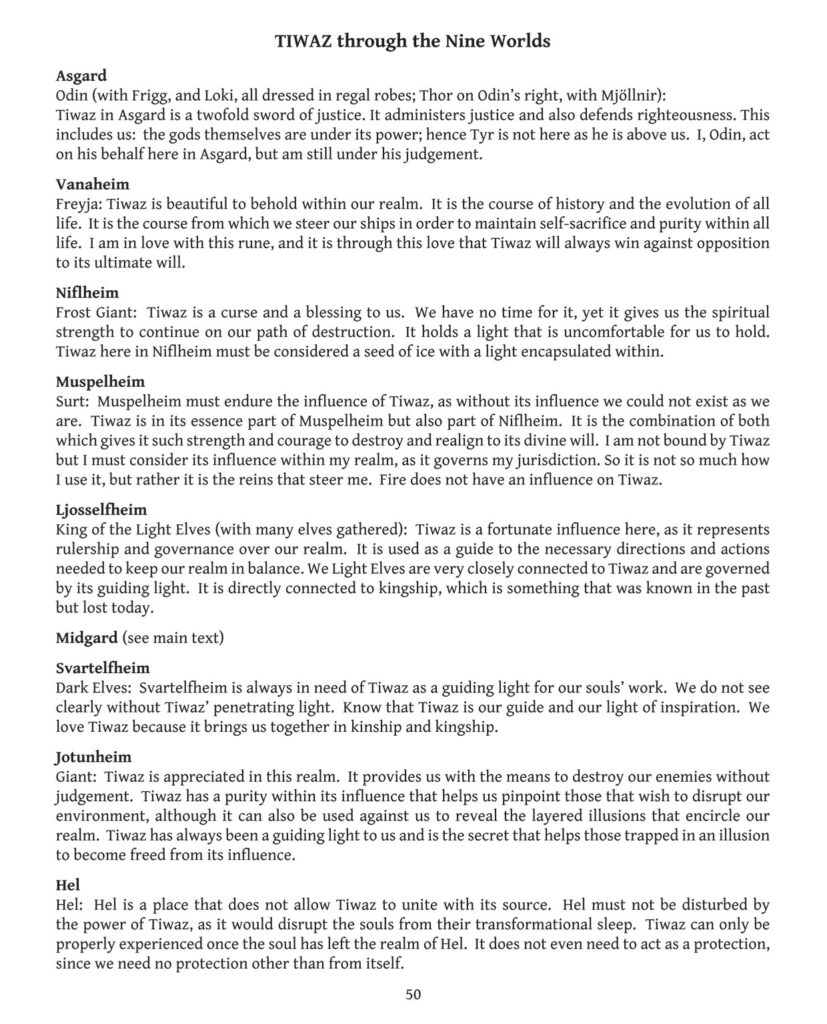 Example of Nine Worlds Description (formed from that imparted in meditations): 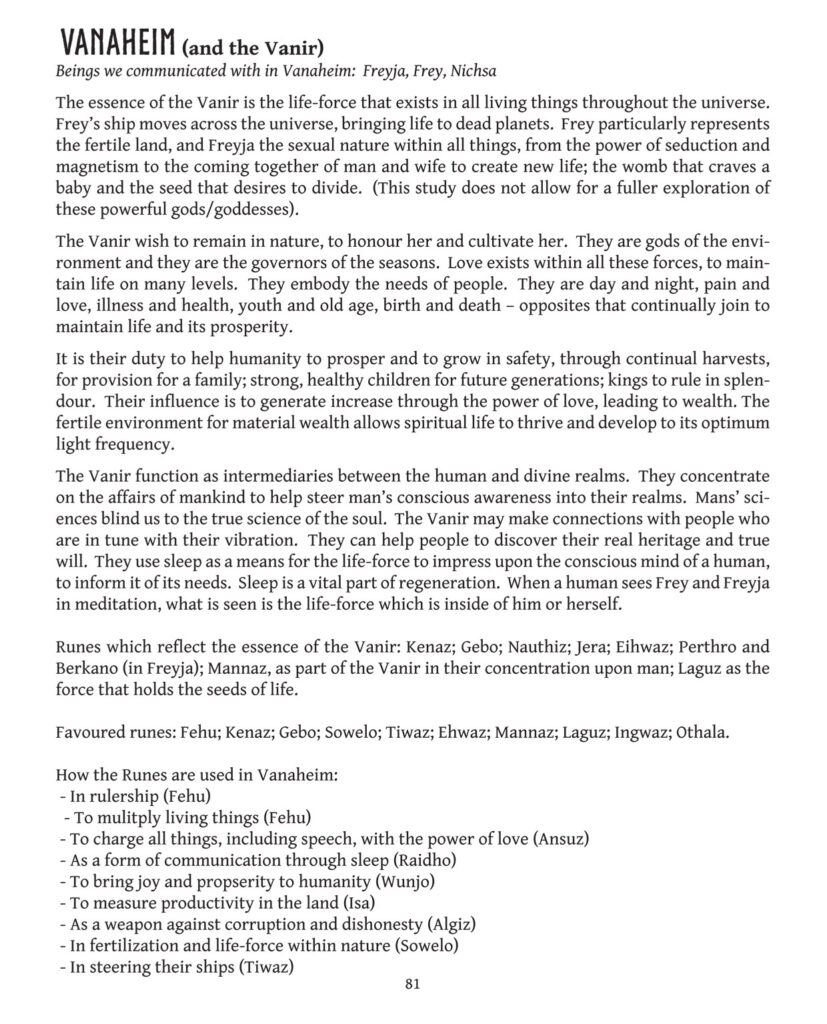 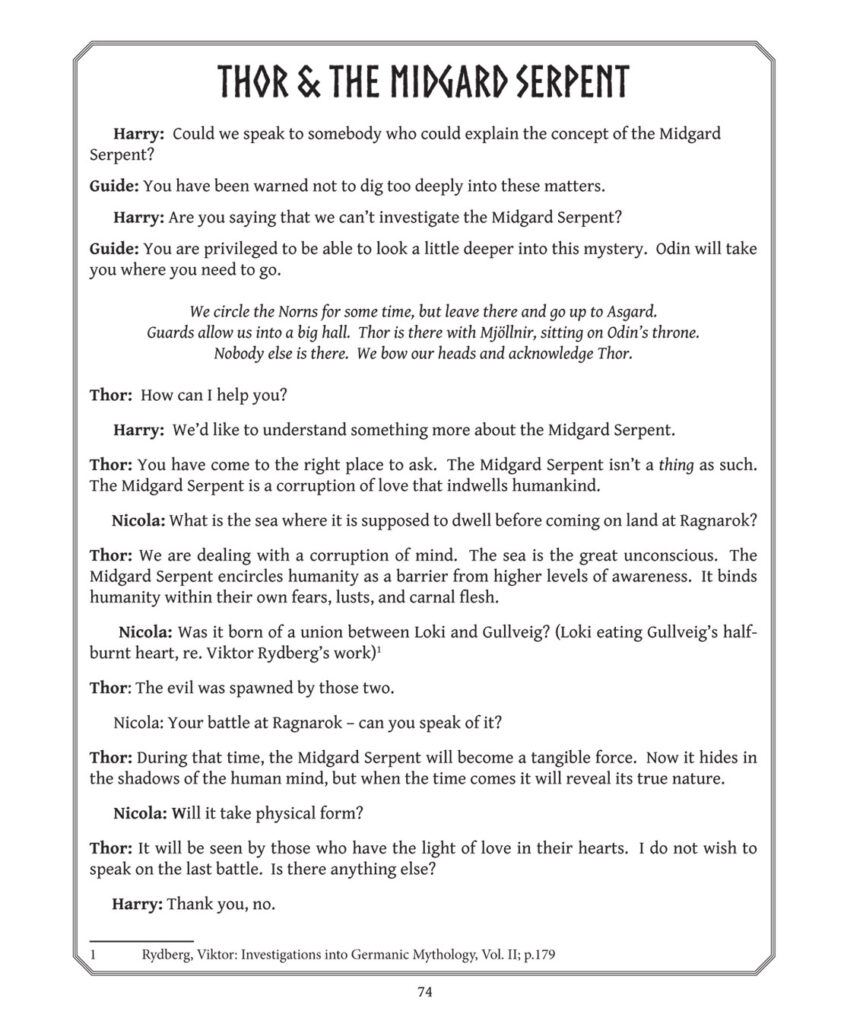 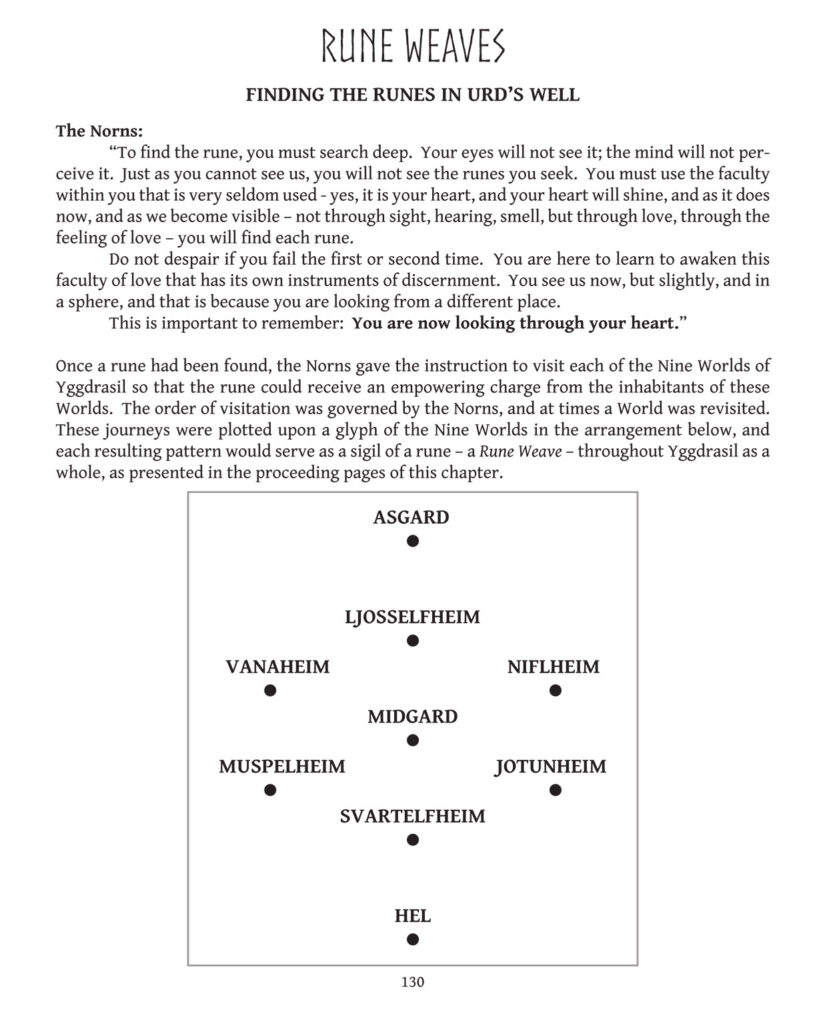 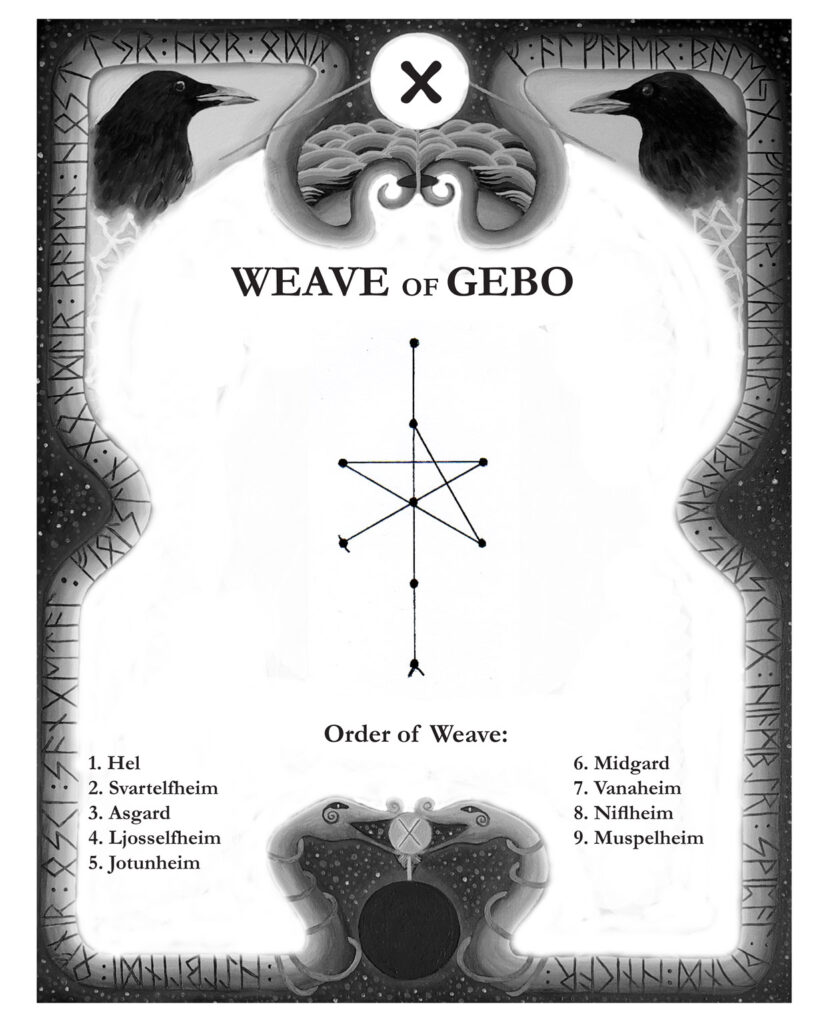 The Runesong of Yggdrasil (examples): 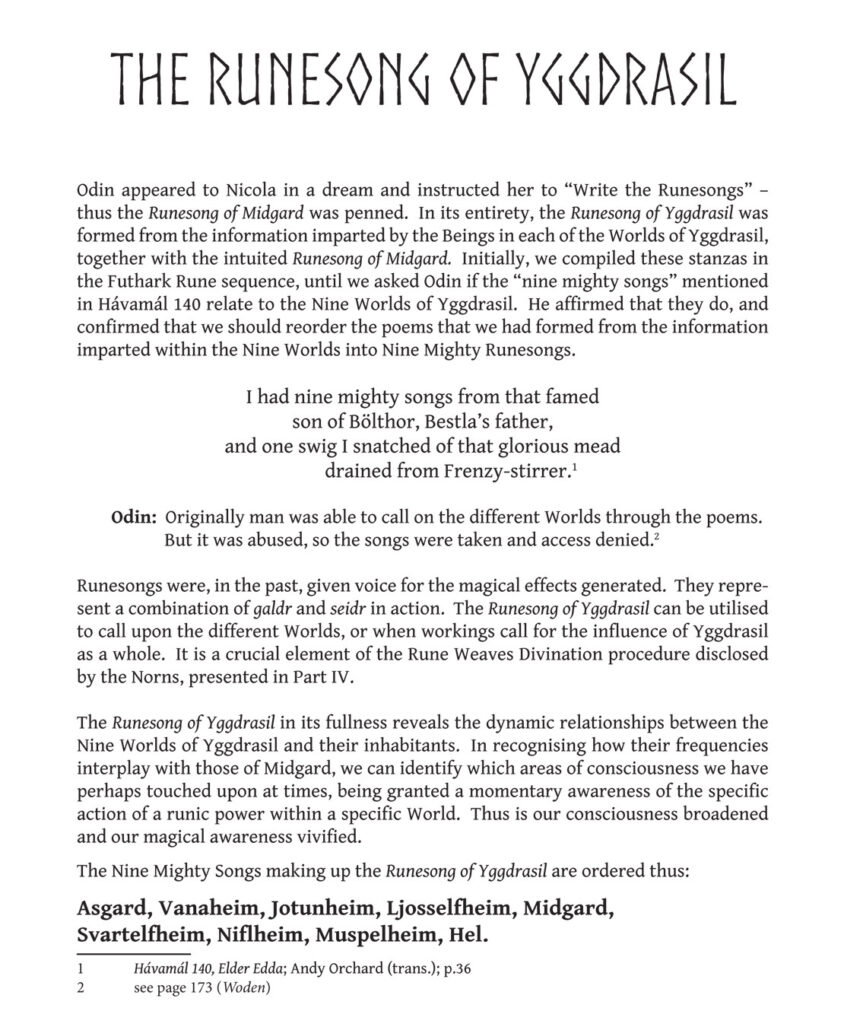 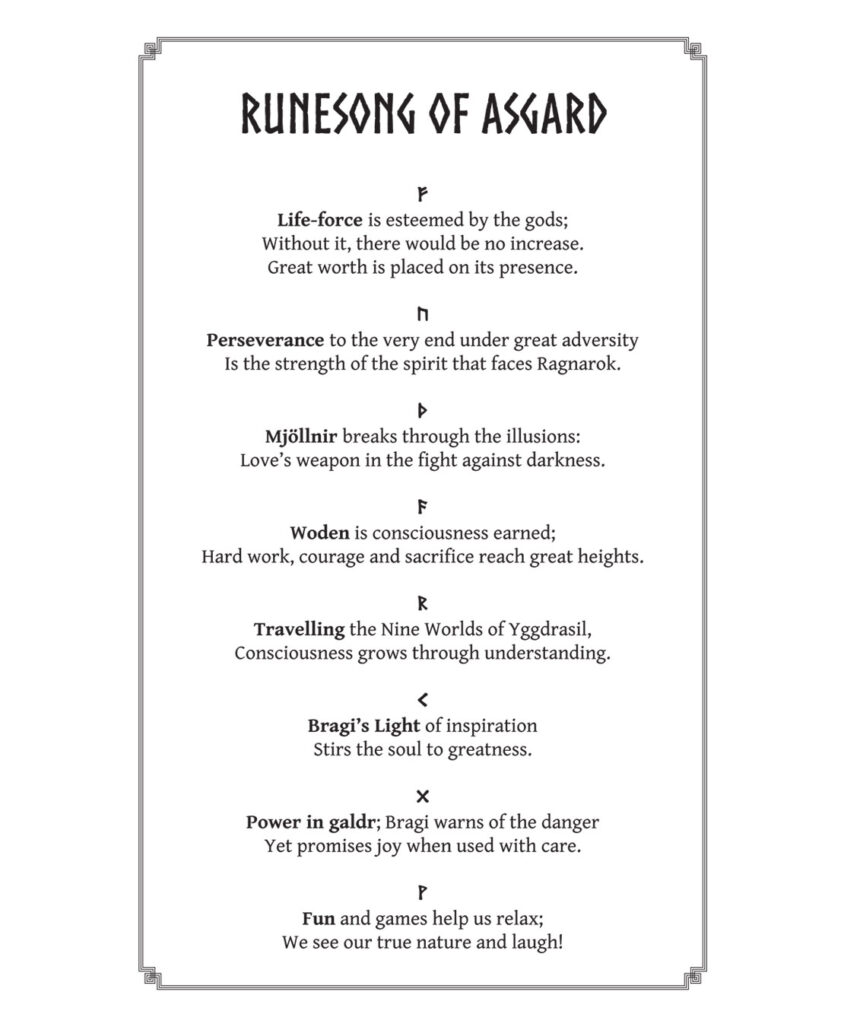 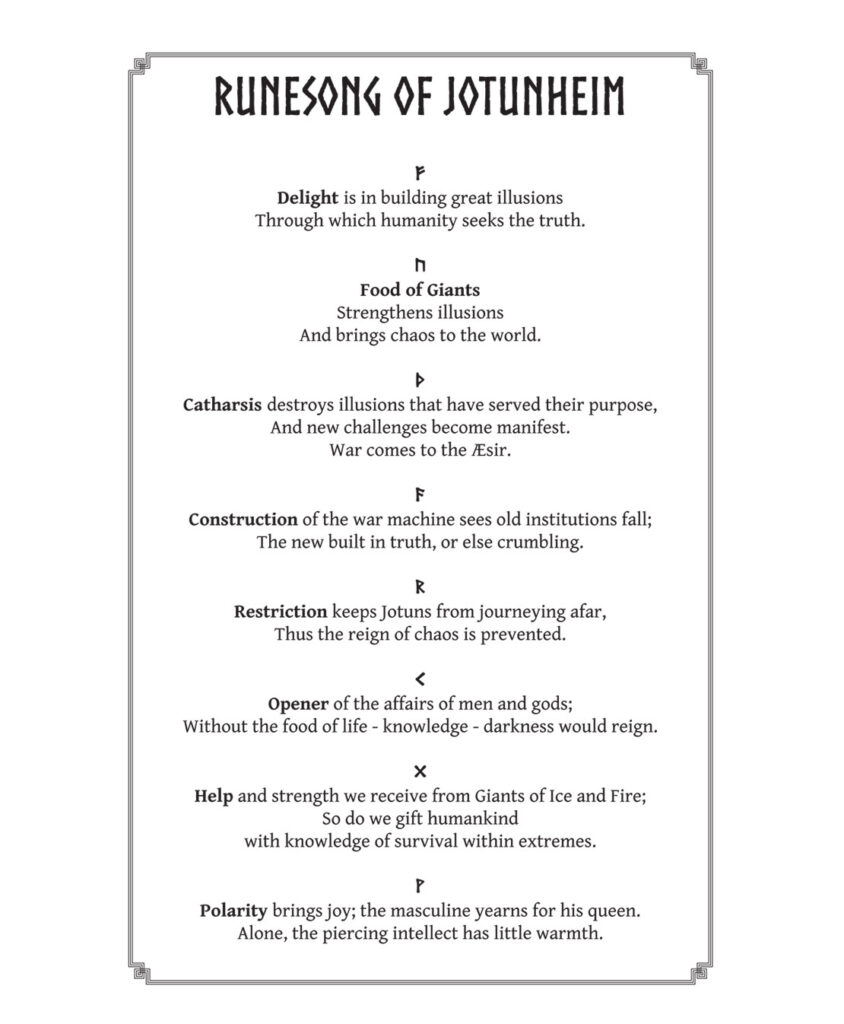 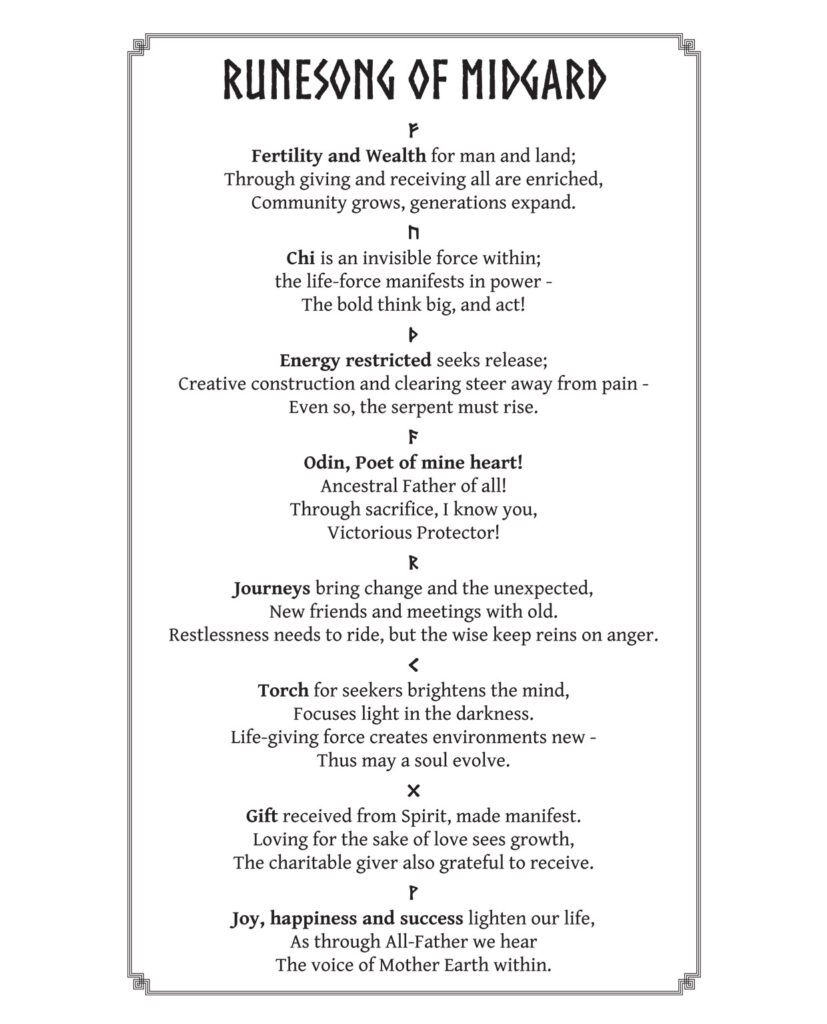 ODIN’S MEAD: The Runesong of Yggdrasil is available to order HERE: