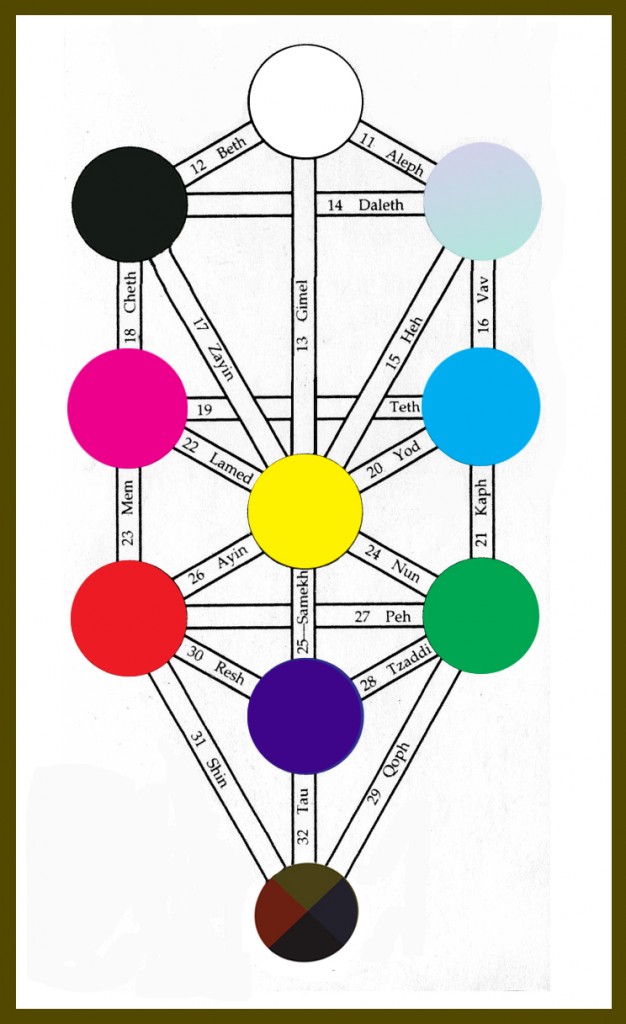 Brilliance.  Chokmah is gray, the mixture of colors, Binah is black, the absorption of colors.  And thus is the Supernal triad completed.

“And from the rays of the third triad are these three colors shown in Malkuth, together with a fourth which is the synthesis.  For from the Orange tawny of Hod and the Greening nature of Netzach is reflected a certain greenish citrine (citron); from the Orange tawny mixed with Puce (violet)of Yesod proceedeth a red russet brown – Russet and from the Green and the (Violet) cometh a certain other darkening green  – Olive.  The synthesis of all these is blackness and bordereth on the Qlipphoth.”

In consideration of the nature of the true Primary Colours, it seems important to re-examine the Minutum Mundum diagram, wherein the Sephiroth of Chesed, Geburah and Tiphareth reflect, according to Regardie’s description, the root colours of blue, red and yellow.  The word ‘root’ surely must correspond to the word ‘primary’.  In the past, ‘Red’ was considered a primary colour, however, a modern interpretation of  the above quote would render    Chesed  coloured Cyan, Geburah in Magenta, and Tiphareth Lemon Yellow.

Magenta suits the colour of Geburah because of its position on the feminine pillar. Its bold, deep hue has a feminine quality yet it has a power and strength – a strength which it lends to Cadmium Red  –  remember: Red is a mixed colour, formed from Magenta and Yellow.   Of visible light, violet/magenta light has the shortest wavelength and therefore the most energy, whilst red light has the longest wavelength and least energy.   Magenta then, having the most energy, fits well with the symbolism of Geburah. 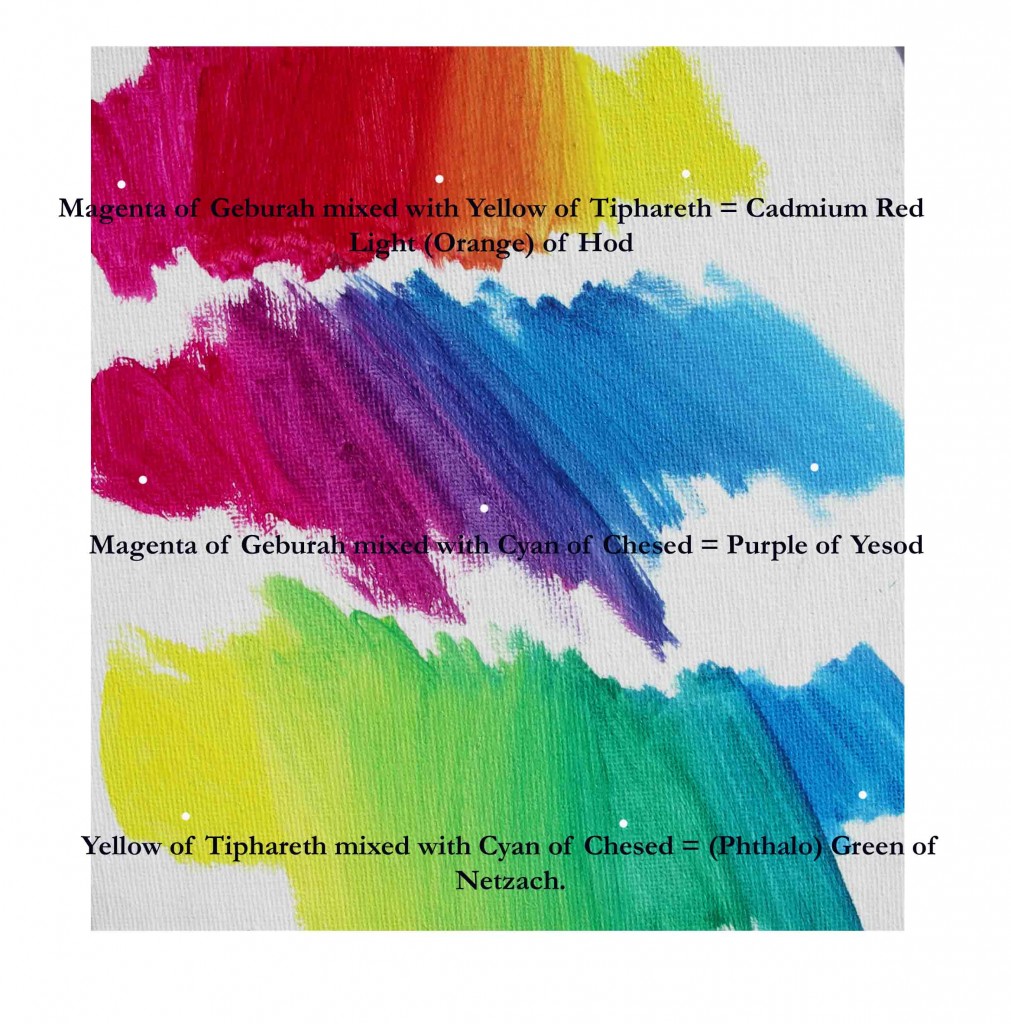 Regardie states: “The beams of Geburah and Tiphareth meet in Hod, and yield a tawny orange.”  As can be seen in the diagram of colour mixes, the orange of Hod should be a purer, more vibrant orange, coming closer to red than ‘Tawny Orange,’ due to the increased purity of the Magenta of Geburah as opposed to Cadmium Red in the mix with the yellow of Tiphareth.  Similarly, the ‘Violet’ produced in Yesod is closer to Indigo than Violet  –   it is a deep purple, found in the pigment of French Ultramarine. 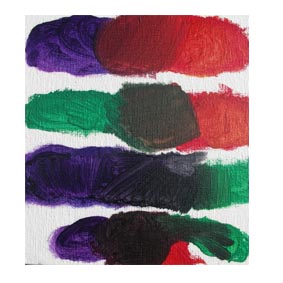 In following the colour mixing of the three primaries beyond the secondary colours of Hod, Netzach and Yesod, we arrive at the colours of Malkuth.   Perhaps the traditional name ‘Citrine’ is a little misleading as it suggests a yellowy-green colour, when the 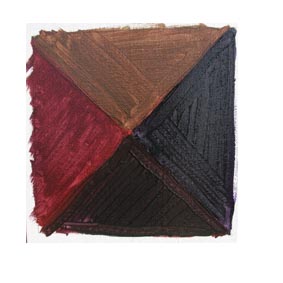 actual result is a yellow shade of brown, very different from the green that is often chosen when colouring this segment of the Malkuth square.  The synthesis of the three colours produce an asphaltum black – a warm, earthy black, which resembles the colour of rich soil, and indeed, all four colours of the Malkuth square can be found in the soils and rocks of Earth.  [Note: in the image on the right, the glare of sunlight has created an illusion of a thick blackness to the right-hand quadrant.  However, look to the bottom right-hand corner to see a hint of the purplish/slate grey/black which is the result of the third mix in the picture on the left.]